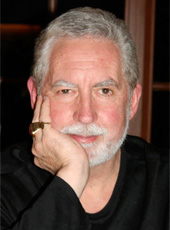 Dr Crocker graduated from the Medical Faculty of the University of New South Wales with honours in 1969. He was awarded  the University Prize for Surgery, the Gilbert Ashby Prize for Surgery and the HP and BL Melville Prize for general proficiency. He had previously obtained a a bachelors degree in Medical Science with honours at the Univ NSW and during  that time was privileged to work with Sir John Eccles Nobel Prize winner at ANU. His thesis was related to the role of alpha and beta adrenergic systems in the cardiovascular responses to hyperventilation in arterial hypoxia.

He completed his residency at Royal Prince Alfred Hospital in Sydney and commenced advanced training in Nuclear Medicine. During this time he also trained in Diagnostic Ultrasound working with Dr George Kossoff of the Ultrasonics Institute.

In 1975 he completed nuclear medicine training as a research fellow at the University of Pennsylvania before returning to Sydney to be admitted as a Fellow of the Royal Australasian College of Physicians. He was made founding Director of Nuclear Medicine and Ultrasound at Westmead Hospital.

In 1986 Dr Crocker with his business partner established Nuclear Medicine and Ultrasound associated in Western Sydney and subsequently  worked  in a large private imaging practice in Sydney.

Dr Crocker has contributed seventy-five scientific papers to the literature in Nuclear Medicine and Ultrasound. He holds the qualifications  of BSc(Med) MBBS FRACP DDU FAANMS.

Dr Crocker has had a particular interest in Christian Outreach to China, and has visited many times as a representative of the Jian Hua Foundation to conduct teaching seminars. He has also been involved with World Hope Network visiting Cambodia and Vietnam for short term medical outreach projects.

He strongly supports The General Sir John Monash Foundation and is currently a member of the Scholarship National Selection Panel.

His other interest is photography and he has published works locally and internationally and exhibited on a number of occasions.

He lives in the Hills district of Sydney with wife , Lynne. They have three grown children and three wonderful grandchildren.

Dr Crocker is currently the New South Wales State Chair of the Christian Medical and Dental Fellowship of Australia.

His first  book “Nine Minutes Past Midnight” published by Authentic Media UK was released in September 2011. A second expanded edition was published in USA two years later. A German language edition was published by SCM Hansler in 2012 under the name ‘Wunder Nach Mitternacht’ and is available through Amazon and other distributers. More than 20,000 copies of Nine Minutes Past Midnight have now been sold around the world.

‘When Oceans Roar’ was published in the UK by Authentic Media in November 2016 and ‘The Man in White’ in August 2020.