‘Ah, but a man’s reach should exceed his grasp, or what’s a heaven for?’

Doctors are trained, peer reviewed and accredited to practice medicine. As such they are comfortable to practice in accordance with their training and experience. Likewise in life, God equips and prepares us to serve Him. However, occasionally He will challenge us to reach out well beyond our comfort zone. If we are willing to do so, He equips and prepares us by extending our abilities. Our faith, and our confidence are strengthened to meet the need and to fulfil His purpose.

Yes we have certain gifts, talents and abilities and we are comfortable to exercise these. But God has an even bigger plan for us. In The Man In White, you will meet people who were extended well beyond their comfort zones. These are ordinary people like you and I who were able to accomplish amazing feats by putting their trust in God. ‘I can do all things through Christ who strengthens me.’

The book signing at Koorong West Ryde was a memorable occasion. There were opportunities for sharing, prayer and counselling. All of the books were sold and yes, I did wear a mask. COVID has made it quite difficult to present the stories from The Man In White face-to-face, but there have been opportunities to speak on radio in Australia, the US and UK. (see Face page) and also to small groups between lockdowns.

One of the highlights from 2021 has been the launch of the audio version, now available on Amazon, Apple Books and Audible. 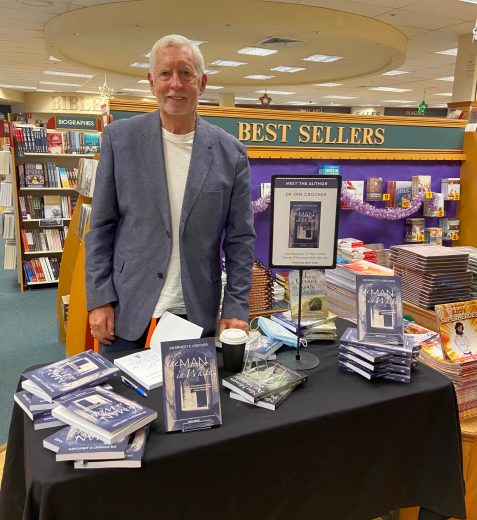 Last night I listened as the Rev John Dixon, founding Director of the Centre for Public Christianity commented on his lecture series relating to   the Historical Jesus. The course is presented to students at Sydney University over a semester. It deals with the historical evidence for the life of Christ and examines the veracity of   New Testament accounts. The evidence for the existence of a historical Jesus   as presented   was compelling.

As the conclusion of the presentation John was asked what the factors had led to his own conversion. He listed five. The first three dealt with historical aspects of the Gospels. The fourth and fifth however were ‘experiential’ he said. They were   that God answers prayers today, and that He changes the lives of men and women, his own included.

In The Man in White, you will meet the person of Jesus Christ, perhaps for the first time in your life. You may be well acquainted with the history of His life and times. But be assured as He was then, so He is now. ‘Jesus Christ, the same yesterday, today and forever’. (Hebrews 13:8). You will read the most extraordinary true accounts of His intervention in people’s lives as they reached out to Him sometimes in the direst of situations.

As you draw near to Him, so He will draw near to you. If you allow Him He will take you by the hand and lead you through every life situation.

As Peter said, ‘Where else can we go? You have the words of eternal life.’ 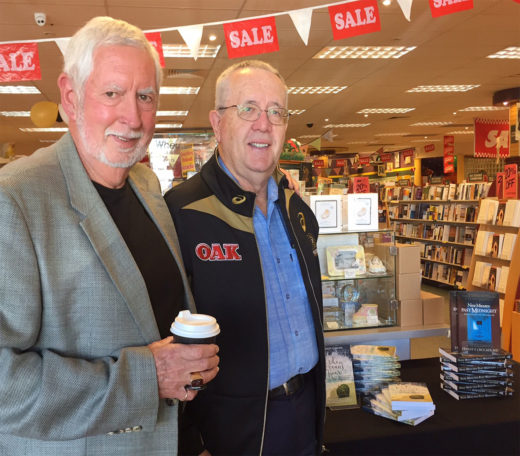 Had a great time at Penrith Koorong yesterday April 29. Made very welcome by store manager Warren and assisted by Laura. Met old friends and made new friends. There was ministry and a bit of prayer counselling. Lots of books sold! People bought books for themselves and others. Great to have books that deal with healing and with courageous faith. Koorong are doing such a great job.

This coming Saturday will be signing copies of ‘When Oceans Roar’ and ‘Nine Minutes Past Midnight’ at Koorong at Penrith from 11am till 3pm. They have assured me of a great cup of coffee and am really looking forward to making new and meeting old friends for a chat. Looking very much forward to seeing you!